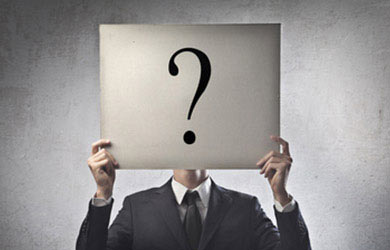 STRATEGIC WORLD EVANGELISM was begun in the year 1971, by Leonard Winston Thompson and his wife Pamela Hyacinth Thompson. Both are Indians by birth and belong to the Anglo-Indian community. Both had their secondary education in India and were married in 1968 and had two daughters Kristina Marice (now Mrs. Teater) and Karen Janeece. They have three grandchildren.

Leonard Thompson got a Bachelor of Sacred Literature (BSL) from Manila Bible Seminary, in Manila, Philippines, in 1966. His Master of Arts in Theology (MA -Theo.) is from Cincinnati Bible Seminary in Cincinnati, Ohio, USA (1970) and his Master of Arts in Communications (MA – Comm.) in 1971, from Wheaton College, Wheaton, Illinois, USA. He also earned a Bachelor of Divinity degree (BD) from Serampore College, Serampore, West Bengal, India and his Doctor of Ministry in Theology (D. Min.) from Fuller Theological Seminary.

Pamela Thompson got her Associate of Science in Bible (Assoc.Sc.- Bible) also from Cincinnati Bible Seminary, in 1971. She complemented the work of her husband and helped him immensely but sadly, she passed into eternity in 2016, with complications from a heart disease. They were married for 48 years and she was a founder and sustainer of the work of Strategic World Evangelism.

The work was begun with a singular purpose – to proclaim the message of the Good News of Jesus, as far and wide as possible, using modern media for this. This originally was both print and radio, and radio was used for 33 years, after which SWE’s TV programmes began. The radio broadcasts were primarily via Radio Sri Lanka and also on Far East Broadcasting Association (FEBA) out of Bangalore in India. The radio broadcast was called, THE WAY OF GOD BROADCAST, and was latterly on the air for five days a week. Accompanying it was the print media, mostly through correspondence lessons called, THE WAY OF GOD CORRESPONDENCE COURSES which was being studied all over India and elsewhere with a total of over 8000 students in all.

With the decline of short-wave radio, the proclamation of the Gospel switched to television in India and today there are six broadcasts per week called, THE DIVINE CONNECTION, and are on FOUR different channels – GOOD NEWS TELEVISION, NAMBIKKAI TV, SUBAHVAARTHA TELEVISION and SHUBSANDESH TELEVISION. The broadcasts are in English and also translated into TAMIL, TELGU and HINDI. The main follow-up is via an online study site called, MESSAGES FROM THE GURU.

Dr.Leonard Thompson has preached and taught the Gospel of Jesus in many places world-wide including Australia, Philippines, Thailand, Myanmar, St. Vincent, Jamaica, Barbados, Guyana, USA, Brazil, UK and elsewhere. He continues to do this with regular preaching and teaching all over India and still accepts invitations to do this from different parts of the world.